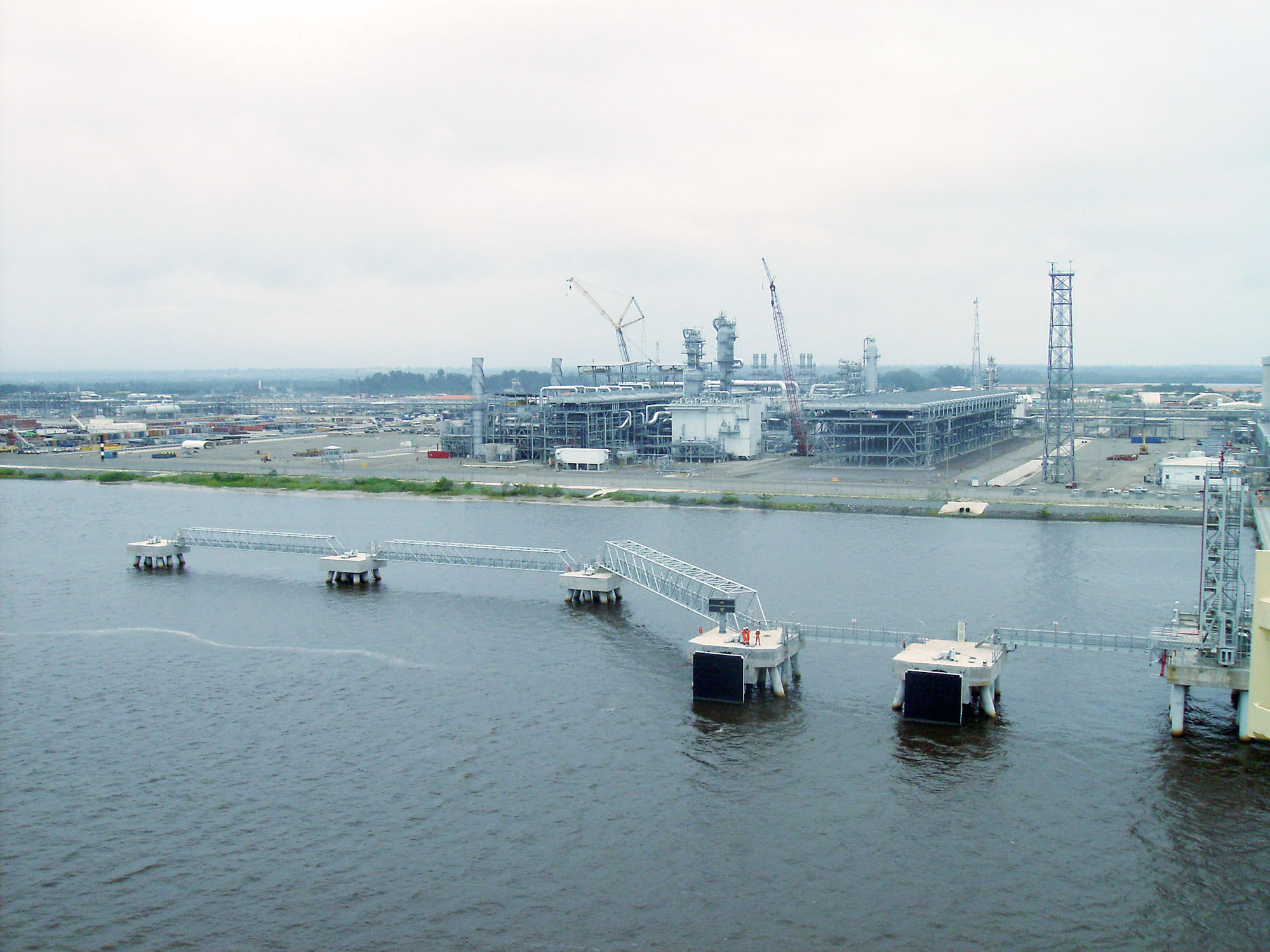 Natural Gas is one of the principle sources of energy for many of our day-to-day needs and activities. Gas is first gathered from the offshore blocks and piped to the onshore processing plant where it is purified before being processed and stored.

This section provides an overview of some of the products Angola LNG produces from this vital gas.

Angola LNG has built one of the world’s most modern LNG processing facilities. In the first stage of the liquefaction process impurities such as water, oil, as well as other gases such as carbon dioxide and hydrogen sulphide are removed. The purification process is also set up to eliminate any trace amounts of mercury from the natural gas. Natural gas liquids such as propane and butane are also extracted at this stage. The purified gas is then cooled down in stages by heat exchangers until it is liquefied at approximately minus 160°C, forming a clear, colourless and non-toxic liquid – liquefied natural gas, or LNG. The LNG is then kept in insulated storage tanks until it is ready to be loaded and shipped.

Liquefied petroleum gas (LPG) - propane or butane - is a flammable mixture of hydrocarbon gases used as a fuel in heating appliances and vehicles. LPG is removed from natural gas when it is being converted into LNG, and can provide an alternative to electricity and heating oil in rural areas where there is no access to piped natural gas.

LPG can be used as a power source for combined heat and power technologies (CHP). CHP is the process of generating both electrical power and useful heat from a single fuel source. This technology has allowed LPG to be used not just as fuel for heating and cooking, but also for electricity generation. LPG can also be used as a motor fuel and it often referred to as autogas or auto propane.

Condensate is the heaviest fraction of the natural gas mixture that can be used as gasoline or stream cracker feedstock, and is also extracted from the natural gas during the purification process to be sold and shipped to buyers.

Today Natural Gas is one of the main sources of energy for many of our day-to-day needs and activities. It is a vital component of the world's supply of energy. Despite its importance, there are many misconceptions about natural gas. Natural gas is colourless, shapeless, and odourless in its pure form. Unlike other fossil fuels, natural gas is clean burning and emits comparatively low levels of potentially harmful by-products into the air. While natural gas is formed primarily of methane, it can also include ethane, propane, butane and pentane. Angola LNG will supply natural gas to the Angolan market to help meet local industrial and energy needs.